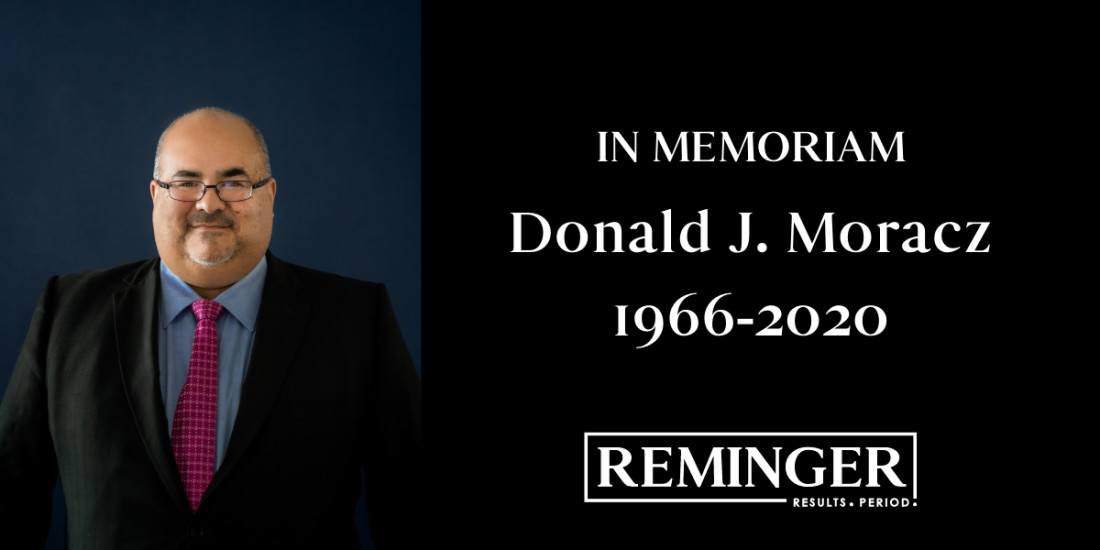 With deep and profound sadness, Reminger Co., L.P.A. mourns the passing of our dear friend and partner, Donald J. Moracz.  Don unfortunately passed away on September 25, 2020 at the age of 54 due to complications from Covid-19.

Don was a natural in the practice of law.  He was elevated to shareholder status within five years of joining the firm.  In 1997, he began a transition into medical malpractice defense wherein he started to defend medical care givers and healthcare institutions.  In 1999, Don also became the partner in charge of our Sandusky office, as well as a member of the Management Group for the Reminger law firm.  In 2005, along with those duties, he became a member of the Executive Group, serving in that capacity until his death and helped guide Reminger to enormous growth over the tenure he had at the law firm.

On top of all of those responsibilities, Don tried well over 75 jury trials and was recently honored as a fellow of the American College of Trial Attorneys.  His honors and recognitions are too many to count.  Don built a wonderful reputation as an advocate for his health care clients, but also as a professional who was loved by judges, opposing lawyers and all of his colleagues and peers.

Most importantly, Don was simply a great man.  He never said no and never had a cross word to say about anyone.  To say he was beloved by his colleagues at the Reminger office would be an understatement.

Everyone at Reminger feels fortunate and privileged to have known and worked with Don.  His passing is a huge loss to our Reminger family, the law profession and our community.