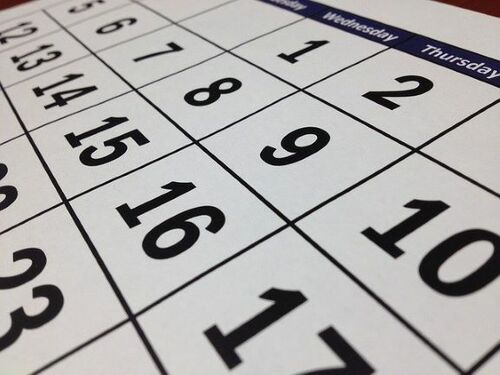 As we have covered in our blog before, Ohio courts have been very clear: estate creditor’s must present their claims within 6 months of the decedent’s date of death. R.C. 2117.06. This has not stopped creditors, however, from arguing that they should be the exception to the bright-line rule. Their attempts continue to fail. The newest creative creditor arguments went up on appeal to the Ninth District and were batted right back down.

The matter of Saber Healthcare dba Bath Manor Nursing Facility v. David P. Hudgins, 2020-Ohio-5603, was argued on December 1, 2020… and just eight days later the appellate court ruled that the creditor’s claim was too late. The defendant’s mother, Opal, died in March 2018, with an unpaid nursing home bill over $94,000. Saber had tried to get paid during Opal’s life, through her court-established guardianship. Opal’s guardian was, at the time, selling Opal’s real estate and had no cash to pay the bill. Two months after Opal’s death, Saber sent an invoice to Opal’s grandson, David. However, David was not appointed administrator for Opal until April 2019 – over a year after Opal’s death. At that time, Saber filed a creative – but ultimately useless – “Confirmation of Waiver to Dispute Claim,” arguing that David received the invoice timely. Summit Probate correctly determined that David was not an “administrator” until the probate judge appointed him in April 2019 – far too late for presentment of a claim. Saber even argued that Ohio’s procedure allowing a creditor to open the estate themselves to preserve the claim was “unreasonable and borderline unconscionable.” This did not make an impression on the Ninth District. Bottom line: If you want to get paid from an estate, you may have to do the probate work yourself! Of note, Saber was represented by an out-of-state attorney. Perhaps he was not familiar with Ohio’s strict rules on presentation of creditor claims. It pays to have counsel who is familiar with Ohio’s rules.

In Estate of Seiler v. Western Reserve, 2021-Ohio-115, the creditor seemed to have a better shot – which initially convinced the trial court judge. This case, sadly, involves the May 2018 death of a twenty-two-year-old young man, who was treated for six days at Summa Hospital before dying. Summa submitted its $341,000 invoice for health care services to the young man’s insurance carrier for payment. The carrier denied coverage, which launched a series of administrative appeals, culminating in Summa opening the young man’s estate in June 2019 – more than a year after his passing. Summa argued that, because its claim was tied up in administrative appeals with the insurance company, its claim was still timely in probate court as a contingent claim under R.C. 2117.37. This statute allows a longer time to present claims that are not yet “ripe.” Summa argued that it was not until April 2019 that the administrative appeals process was complete; therefore, they had no claim to present against the estate until then. The Ninth District rejected this argument, finding that a contingent claim is one in which the liability is not triggered unless and until a future event occurs. Here, Summa knew it had a claim against the estate for medical services; the only unknown was whether the insurance would cover some of that invoice. The amount may have been unknown, but the existence of the claim was clear – and Summa waited too long.

Creditor’s beware: you will find no sympathy from the Ohio appellate courts. If you have a claim against a decedent, time is of the essence! If you want to be sure your claim is properly presented – or, if you are fiduciary of an estate and want to be sure you are paying only valid claims – contact Reminger’s experienced trust and probate attorneys. Soon!

The author thanks Timothy Gallagher for his assistance in editing.