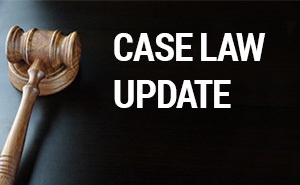 The main issue the Supreme Court addressed is to whom a creditor claim must be presented. Pursuant to R.C. § 2117.06, a creditor must present its claim against the estate within six months following the decedent’s death.

The Ohio Supreme Court relied upon Beacon Mut. Indemn. Co. v. Stalder, 95 Ohio App. 441, 445, 447 (9th Dist. 1954). In that case, the Ninth District determined that a claim’s presentment to the estate fiduciary’s agent fell outside the statutory requirements because the fiduciary’s functions could not be delegated to agents. The appellate court reasoned that if such presentment to an agent was permitted, then the legal proceeding would begin before the fiduciary had knowledge of the claim. Because the fiduciary is personally accountable for fixing the time of when a claim has been presented, this responsibility could not be delegated to an agent who did not owe the same duties to the probate court as the fiduciary does.

Accordingly, the Ohio Supreme Court held “that a claim against an estate must be timely presented in writing to the executor or administrator of the estate in order to meet the mandatory requirements of R.C. [§] 2117.06(A)(1)(a), and under that subdivision, delivery of the claim to a person not appointed by the probate court who gives it to the executor or administrator fails to present a claim against the Estate.”

The Dissenting Opinion took issue with what specifically is required to satisfy presentment under this holding. Would simply mailing the claim constitute presentment if it ends up on the desk of the fiduciary’s assistant and never reaches the fiduciary within the statute’s time periods? Must personal delivery upon the fiduciary be shown?

Until such issues are clarified, creditors who are presenting claims against estates should use the upmost caution to ensure claims are personally served upon fiduciaries in compliance with R.C. § 2117.06 and Wilson.