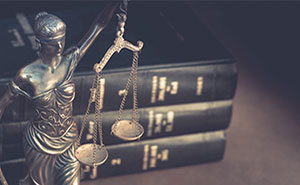 In Shepherd of The Valley Lutheran Retirement Services v. Richard Cesta, Executor of the Estate of Rose Cesta, Trumbull App. No. 2018-T-0033, 2019-Ohio-415 (11th Dist. 2019)the decedent Rose Cesta died on May 15, 2016. On November 14, 2016, an attorney filed an application to be appointed special fiduciary of Mrs. Cesta’s estate for the purpose of receiving Shepherd of The Valley’s creditor claim, and received the claim on the same day. However, the Court did not grant his application to be the special fiduciary until November 21, 2016. Later Mrs. Cesta’s son presented a will and applied to be the executor of her estate. The decedent’s son rejected Shepherd of the Valley’s creditor claim as not timely presented and barred by the six-month statute of limitations contained in R.C. 2117.07. Shepherd of the Valley sued to enforce their claim. The probate court agreed with the estate that the claim was not timely presented because the special fiduciary was not appointed within six months after Mrs. Cesta’s date of death.

On Appeal, Shepherd of the Valley argued that the fiduciary applied within six months after death and but for the Court’s delay in granting his application, he was de facto the fiduciary. The 11th District Court of Appeals rejected that argument, citing the statutes and long-standing principles that an estate fiduciary is without authority until approved by the court.

Shepherd of the Valley also argued that the application of the statute violated the due process clause of the 14th Amendment of the U.S. Constitution and Section 16 of the Ohio Constitution. The premise for this argument is that the court’s action or inaction when a person applies to be a fiduciary of an estate is outside of that person’s control and to foreclose a creditor’s rights under the circumstances of this case would be inequitable.

The Court of Appeals disagreed. As in Wilson v. Lawrence, the Court stated that R.C. 2117.06 places the burden on the creditor to ensure its claim is timely presented. The Court rejected both of Shepherd of the Valley’s arguments in 2-1 decision without a written opinion from the dissent. Shepherd of the Valley appealed to the Ohio Supreme Court, but the Court declined to accept jurisdiction.

The lesson here is: Be diligent and do not expect the court to save you if you come too close to the statute of limitations. Shepherd of the Valley reaffirms the old legal maxim: “Equity aids the vigilant, not those who slumber on their rights.” Creditors of a deceased should not wait until the last minute for a special fiduciary to apply for purposes of receiving their claim. If you are creditor of a deceased, there is little incentive to wait for someone else to preserve your claim.