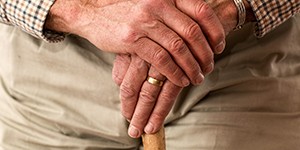 Most everyone owns property, but we find in our probate dispute practice that very few people have a detailed grasp of exactly what they own and how they own it. Many people forget or are simply unaware of what instruments and documents can be used to convey, transfer, gift, or bequeath their property to another. For instance, you could go to a lawyer, write a will and leave everything to your two children equally. The next day, you could into a bank and put your account in joint form with one of your children.  While your intent may be to add a child as a helper to manage your bank account, the effect of that titling would potentially eliminate your other child from the proceeds of the account on your death. Other common examples are when a spouse passes away and his name stays on a deed, or a business partner stops contributing to the business, but still is named as an owner of the business building. A recent case out of northwest Ohio highlights the importance of knowing what property you own and how you own it – and the perils if you are mistaken.

In Zoltanski v. Zoltanski, et al., 2020-Ohio-3908, a case out of Wood County, Ohio, the patriarch of the Zoltanski family was a successful engineer and lawyer. He acquired several properties over his lifetime. In March, 2010, he updated his last will and testament. In August 2010, his wife passed away, which prompted him to complete his estate plan and bring everything current. At the same time, he transferred his ownership interest in one of his properties, an apartment building, to an LLC. Then he transferred his ownership of the LLC to a trust, which was also created in 2010. Under the terms of the trust, the patriarch could amend the trust in writing during his lifetime, but not by will or codicil. When the patriarch died, the trust directed the LLC and the property to be given to one of his daughters.

The trust was clear that the LLC and apartment were to pass to the daughter. The trust was also clear that the patriarch could amend the trust if he wanted to. However, there was no evidence that the father was mistaken about his original intent in 2010 to leave the LLC and the property to his daughter. Nor was there evidence that the patriarch was mistaken about how he owned the apartment building back in 2010.

There were other issues in the case, including allegations of wrongdoing against the son. This case is an example as to why it is very important for you and your legal and financial professionals to fully understand what you own and how you own it. If you are mistaken, your intent – no matter how clearly it is expressed – may not be carried out. Reminger attorneys are happy to explore these issues with you and help you understand your property and your rights to and for your property.