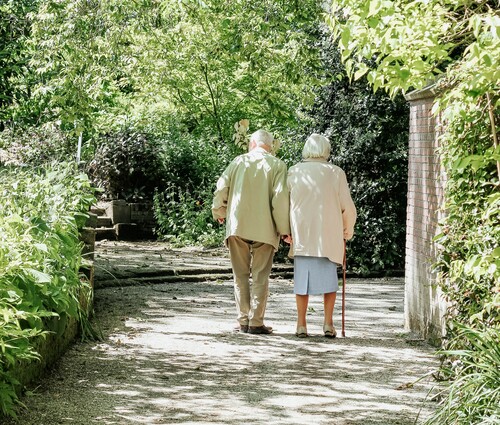 Our firm pays special attention to the protection of our seniors. Financial exploitation of our seniors has been on the rise for some time. In 2010, the federal government passed the Elder Justice Act, which was the “first comprehensive legislation to address the abuse, neglect, and exploitation of older adults at the federal level.” Seniors may be exploited by those closest to them, even their own lawyers. You can read more about the red flags that we see in our practice that are tell-tale signs of exploitation.

When a scammer pressures a relative into paying money for a phony controversy, or when a family member or friend misuses a power of attorney to unduly influence a senior to sign over their assets, our experienced litigation attorneys try to do our part to recover the assets and bring justice to the victim. Lately, we have also seen state and federal prosecutors are stepping up to bring criminal charges against those who commit fraud and financial abuse against seniors.

In September 2014, Bertha, age 75, withdrew $75,000 from an annuity, planning to loan it to her daughter, Kathy, so that she would build an apartment for Bertha. Bertha opened joint bank accounts with Kathy and Ashley (Kathy’s daughter) and deposited the annuity proceeds. In October 2014, Bertha surrendered the entire annuity, receiving $109,000, which Kathy deposited into the joint account. Just a month later, the joint bank accounts were depleted. A criminal investigation revealed that Kathy transferred $147,000 from the joint accounts to herself and of that amount, over $92,000 was stolen and not used for Bertha’s benefit.

After a trial, Kathy was convicted of theft of approximately $30,600. Because the accounts had three owners, the court determined only one-third belonged to Bertha, and that is the most Kathy could have stolen from her. The appellate court upheld the conviction. Kathy was sentenced to three-years’ probation and ordered to pay restitution. Bertha is now under a court-supervised guardianship and Kathy can visit her mother only with the guardian’s permission.

In December 2020, a former bank branch manager pleaded guilty to federal felony charges of bank embezzlement and aggravated identity theft. Over a period of two years, while employed at the bank, the defendant stole approximately $84,000 from the account of an 84-year-old customer with dementia. The defendant was sentenced to three years’ prison and will have to serve and addition two years’ probation upon release.

The FBI investigated the case and the federal prosecutor pursued it as part of the U.S. Department of Justice’s Elder Justice Initiative. This Initiative is a nationwide effort to combat growing elder fraud and abuse. In addition to prosecuting financial crimes, the Initiative pursues cases of neglect, abandonment, and physical abuse against seniors.

Two Florida men pleaded guilty to operating a “Grandparent Scam” in the Northern District of Ohio that caused their victims a combined loss of $383,932. The two defendants, both in their 20s, entered pleas of guilty to conspiracy to commit wire fraud and wire fraud on March 29, 2021.

According to court documents, from July 20, 2020 to August 28, 2020, the two defendants, John Tyler Pla and Johnny Lee Palmer, orchestrated a “Grandparent Scam” targeting elderly victims in Northern Ohio cities, including Brecksville, Parma, Gates Mills, Lorain, Mansfield, Fairview Park, Westlake and Mentor. A member of the scheme would call elderly victims claiming to be a relative or an attorney for that relative and claim the family member had been arrested and, as a result, required money for bail. A member of the scheme would then make arrangements with the victim to collect the money through a “courier.”  Instead, Pla, Palmer, or a member of the scheme would travel to the victim’s residence and collect the money.  In total, the victims suffered a combined loss of $383,932.

According to the U.S. Attorney General’s Office, between March 2019 and March 2020, federal prosecutors charged more than 400 defendants for elder fraud financial schemes – an increase of more than 50% compared to the prior year.[1] While extortion is the crime most-often reported against seniors, seniors overall lose the most money to romance and confidence scams, followed by government imposter scams.[2] Keep in mind that many of these crimes go unreported, out of shame, embarrassment, or lack of understanding that a crime has been committed. Our experienced attorneys know what to look for in these sad situations and we will fight to make things right.

Per the United States Attorney office in Cleveland, Ohio:

If you or someone you know is age 60 or older and has been a victim of financial fraud, help is standing by at the National Elder Fraud Hotline: 1-833-FRAUD-11 (1-833-372-8311).  This U.S. Department of Justice hotline, managed by the Office for Victims of Crime, is staffed by experienced professionals who provide personalized support to callers by assessing the needs of the victim and identifying relevant next steps.  The hotline is staffed seven days a week from 6:00 a.m. to 11:00 p.m. eastern time. English, Spanish and other languages are available.