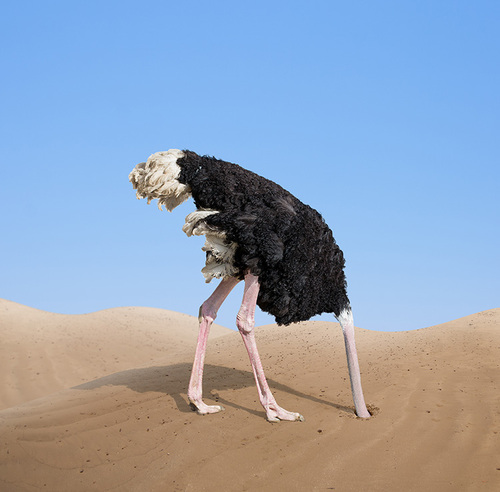 No one wants to be named as a defendant in a lawsuit. But once you are named, you must respond to the lawsuit or ignore it at your own peril. A recent case in Ohio should serve as a cautionary tale to financial advisers and financial service firms who find themselves caught up in a lawsuit and they want to get out of it.

Charles accumulated significant wealth over his lifetime, some of which was held in accounts Charles maintained with a financial services firm. Charles purportedly signed beneficiary designations for all of his accounts at this firm naming a megachurch as his sole beneficiary—much to the chagrin of his heirs. His heirs wanted to receive this money and thought there was something suspicious about the timing and substance of the beneficiary designations in favor of the church. The heirs filed a lawsuit against the church and against the firm alleging that these forms were forgeries or were the product of undue influence or that Charles was incompetent at the time.

The firm felt caught in the middle. The firm felt like this was a dispute between Charles’s heirs and the church and the firm was just holding the money. The firm decided it did not want to participate in the lawsuit. Even though it was served with a copy of the complaint, it chose not to respond. The heirs then moved for and were awarded default judgment against the firm, which meant that the court could order relief against the firm but the firm would not be permitted to participate in the court’s determination of the merits of the claims.

Later, the parties sought information from the firm about the beneficiary designation forms and other records of Charles’s accounts. The firm decided to continue down its path of non-participation. It was not going to respond to those requests for information because it believed it was no longer a party after the default judgment. But the court disagreed and ordered the firm to (1) hire an attorney because corporations cannot represent themselves in Ohio and (2) respond to the discovery requests for information.

The firm appealed, but the court of appeals agreed with the trial court. The court of appeals ruled that even if the firm wanted to put its head in the sand and take no action in the lawsuit, it did not have a choice. Even though there was a judgment entered against it, that judgment did not resolve the entirety of the case and it did not eliminate the firm from being a party in the case.

The firm made no secret about why it chose to do nothing. In its brief, the firm said:

“… with millions of dollars at stake, [the firm] also saw that Plaintiffs, the Estate, and the Church seemed to be cooperating in some manner. More and more, their filings became “joint” filings and they seemed to have their collective sights set on [the firm], for reasons unbeknownst to [the firm]. None of this appeared to be anything in which [the firm] would want to become involved.

The firm wanted to “stay out of it.” But the firm was brought in, whether it liked it or not, and refusing to participate was not an option. The firm’s choice to do nothing and hope things would go away backfired. The firm already has a judgment against it for failing to respond to the lawsuit, and now has a judgment ordering it to participate in discovery. The firm could also be facing the obligation to pay the other parties’ attorney fees for failing to respond to the discovery requests in a timely manner. So much for wanting to “stay out of it.” If the firm’s goal was to keep its cost low, it failed miserably, because it was pulled along in the litigation and then had to hire counsel at the last minute to represent its interest in an appeal, and then again in the trial court below.

Was there anything the firm could have done differently?

The simple answer is yes. Sometimes the best defense is a good offense. If the goal of the firm was to “stay out of it,” then it could have filed an interpleader action. Any party who is exposed to double or multiple liability can bring an action that forces all the parties, regardless of the origins or bases of their claims, into one action. In so doing, the party that is exposed to multiple liability can deposit the money with the court, or get an order from a court about what to do with the money while the main dispute plays out.

This procedure is available under Ohio state law and federal law. It can be asserted as an affirmative claim or cross-claim or a counterclaim. This means that the party that is holding the money can be proactive and file its own lawsuit, or be reactive and file a response to any lawsuit against it.

This might be counterintuitive: if the firm wants to stay out of litigation, why would it file another lawsuit or a response that draws more people in and makes more litigation? The answer lies in the protections of an interpleader action. The party who interpleads, then, can be explicit that it does not want to participate in the litigation. The party seeking to interplead does not have to admit any liability to any one or more parties, nor does it have to deny liability to any party. It is a procedure designed to protect a party legitimately “caught in the middle” from having to participate in protracted litigation.

The federal rules and statutes provide even more protection for the interpleading party. Whenever there is more than $500 in dispute, a party who seeks to interplead in federal court may also seek to recover the attorney fees that it incurs in seeking permission to interplead from the funds it is holding. In both state court and federal court, the party seeking to interplead can do so early on in the litigation and also seek an order of dismissal from the case. The interpleading party may still have to participate in discovery, but it could be in the form of responding to a subpoena rather than responding to motion practice and broad discovery requests.

In beneficiary designation disputes, the cases often turn on what the account owner intended and how she expressed that intent. The firm in this case was probably right to suspect that, with the money involved, this was not the kind of case that would resolve quickly. But the firm failed to realize that because the lawsuit was not going to simply go away, the claims against the firm would not simply go away either.

Reminger attorneys help clients navigate these issues every day. There may be times when a neutral and minimalist course of action is appropriate, and we counsel our clients on those issues accordingly. But we never recommend hiding your head in the sand. If you’re faced with a lawsuit and you feel caught in the middle, call us first. We can help. If you have questions or concerns about this case or these issues, please contact a member of our practice team.