The Person Behind the Will: The Contest of the Will of Michael Posey
Jun 2, 2022, Jessica S. Forrest, Adam M. Fried 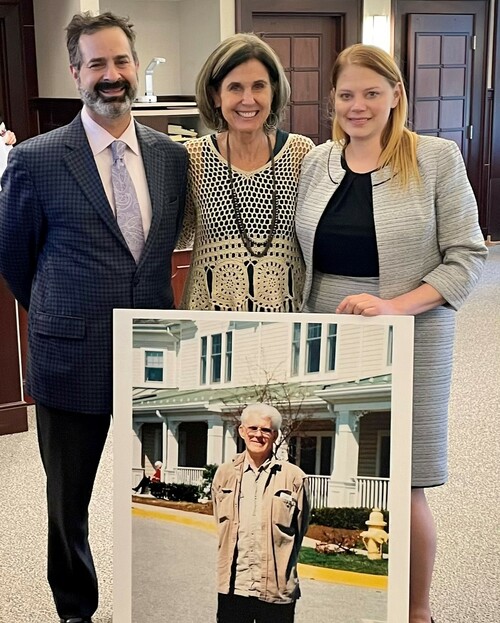 The subject matter at issue in probate litigation is almost always intrinsically human. We are dealing with a person who writes a will, an object of that person’s affection that receives the benefit under a will, and a person who, for lesser motives, preys upon the condition of the testator to gain an advantage under a will. To successfully pursue, defend, and evaluate the strengths and weaknesses of a will contest, the critical thing to understand is the person who wrote the will: why would that person execute this document?

A will, once executed, tells its own story. The words, phrases, and circumstances of its execution can be ascertained from the document itself. The current law of construction of wills directs the reader to the words in the four corners and allows extrinsic evidence only if those words are ambiguous. Usually from the face of the will itself, one can tell the date it was signed, the identity of those persons who witnessed it, and the objects of affection dedicated to benefit under the will. But those details don’t tell us the whole story of the person who signed the will.

A will is the last act of dominion a person can exercise over their own property. It speaks from the grave. All claims and defenses to a will require a strategy that has one goal in mind: to convince a jury that the will was bad or good. While juries will consider a variety of facts in assessing whether a will is valid, all facts should be taken in the context of how they would have impacted the testator- the person who truly matters to the story.

The recent trial over the will of Michael Posey is a good example of employing the approach to factual analysis and storytelling focused on the human person who signed the will under contest. Michael Posey was a veteran, who according to the plaintiffs “cracked up” after his service concluded, and in the 1960s was diagnosed with paranoid schizophrenia and bipolar disorder. Plaintiffs’ counsel repeatedly labeled Michael as “a schizophrenic,” ignoring the human person behind the illness. In the 1980s, an Indiana Court determined Michael to be incompetent and appointed a guardian to manage his financial affairs. The plaintiffs portrayed the guardianship as being all-encompassing and as having stripped Michael of each right he had regarding his property.

Plaintiffs sought to portray Michael Posey as the mere sum of his parts: a person with schizophrenia and bipolar disorder, who on his worst days, would suffer from hallucinations, delusions, and when depressed, curl up in a ball to the point of withdrawing from human interaction. They brought in a forensic psychiatrist who testified for several hours about the worst of Michael’s mental illness and ultimately opined that Michael could not have had the capacity to execute a will.

From the defense perspective, Uncle Michael was a human being who struggled with a mental illness and who worked hard, through medication and treatment with support from the Veteran’s Administration and his family in Maryland, to manage his symptoms and live the most normal life possible. Our goal was to demonstrate that notwithstanding Michael’s mental illness, he had desires, dreams, and loving relationships. In defense of his will – his last act of dominion over his property - we focused on what Michael could do in life, as opposed to what he could not do.

Our expert pointed out that Michael was a person who kept his own budget, who wrote to his friends across the country (and asked them to bring regional-specific foods when they came to visit because he could not find them in his home state or cigarettes which he knew to be cheaper across state lines), and who was keenly aware of and compliant with his treatment plan. These were actions of a person who had the capacity to execute a will, even if he struggled in other areas of his life. We told the story about why Uncle Michael wanted the will and the circumstances upon which Michael came to decide to execute it including how Michael appeared to the witnesses that day as a person – happy and satisfied that his will was completed.

The plaintiffs’ case suggested that what was at stake was the end-product – who would inherit Michael’s wealth. The defense, however, took a much different approach to the case: what was at stake was Michael’s ability to exercise his rights during life. When plaintiffs challenged Michael’s ability to execute a will, they challenged the rights of every person diagnosed with a mental illness. Through testimony, defendants developed the theme that mental illness is just an aspect of the human and those with mental illness have the right to exercise the last act of dominion over their property just the same as everyone else.

After the jury heard from the defendants about Michael Posey – a veteran, brother, uncle, great-uncle, religious man, a good friend, a letter-writer, a reader, a man who shopped and brunched with his gal pals, and a man who knew what he wanted to do with his assets – the jury saw a person who had the same right to direct his assets after his death as anyone else. The jury unanimously upheld Michael’s will.

Reminger’s Probate, Trust & Estate Litigation Practice Group excels at telling the story of the person behind the will or trust. Please contact us if you are involved in probate litigation and need that story told.

Tags: Will and Trust Challenges, Will Contest, Wills