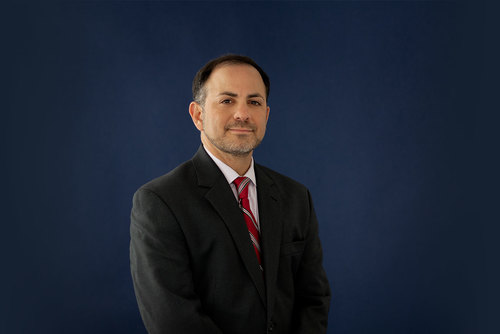 A primary factor many consider when looking to hire an attorney to pursue a Trust dispute is the cost of representation (i.e. attorney fees and out of pocket litigation expenses).  In deciding whether to hire an attorney, prospective clients almost always ask: “If I win, can I get my attorney fees paid?” Under Ohio law, the short answer is often “no”. However, a recent case interpreting a statute enacted in 2007 will help Trust beneficiaries recover attorney fees and litigation expenses in a Trust dispute.

Ohio has long followed the ‘American Rule’ with respect to recovery of attorney fees, which provides that a prevailing party in a civil action may not recover attorney fees as a part of the costs of litigation. Wilborn v. Bank One Corp., 121 Ohio St.3d 546, 2009-Ohio-306, ¶ 7.  However, one exception to this general rule is that attorney fees may be awarded to a prevailing party when a statute specifically authorizes it.  State ex rel. Doe v. Smith, 123 Ohio St.3d 44, 2009-Ohio-4149, ¶ 18.   Ohio’s Trust Code contains a section authorizing a trial court to award a Trust beneficiary’s attorney fees and litigation expenses.

Under the statute, in a “judicial proceeding involving the administration of a trust,” a trial court is empowered to award any party, based on justice and equity, their attorney fees, costs and expenses. The guiding principles of justice and equity broadly connote what is fair and right under the circumstances of the case. See,TD Ltd., LLC v. Dudley, 12th Dist. Butler No. CA2014-01-009, 2014-Ohio-3996, ¶ 28 (defining “equity” as used in statute). This provides a foundation for a litigant to request, and leverage, an award of attorney fees from the trial court under the right facts and circumstances. An appellate case out of Ohio’s Fifth District Court of Appeals bolsters a beneficiary’s chance at recovering attorney fees incurred –  even if the attorney fee exceeds the damages awarded.

In McHenry v. McHenry, 5thDist. 2016CA00158, 2017-Ohio-1534, beneficiaries sued a Trustee for breach of duty and alleged multiple claims of damages. The trial court rejected some of the damages, but did award the beneficiaries $13,364.42 in damages against the Trustee.  The trial court further awarded the beneficiaries their attorney fees in the amount of $49,444.28 (approximately three times their damage award). In upholding the trial court’s award of attorney fees to the beneficiaries, the Court of Appeals rejected the Trustee’s position that the attorney fee must be an amount that is proportionate to damages recovered. In giving a beneficiary incentive to litigate a trust dispute, the Court of Appeals noted that relating an award of attorney fees to the amount recovered “would make it difficult for beneficiaries with meritorious claims against the trustee, but with relatively small potential damage claims, to seek redress in court.” 2017-Ohio-1534, ¶60.

Ohio Revised Code § 5804.10, in conjunction with the cogent reasoning of the 5th District Ohio Court of Appeals in McHenry, give Trust beneficiaries a roadmap to, and better chance at, recovering attorney fees incurred to remedy a wrong. This development in Ohio law can assist a beneficiary in making the difficult decision to hire counsel to litigate a Trust dispute.