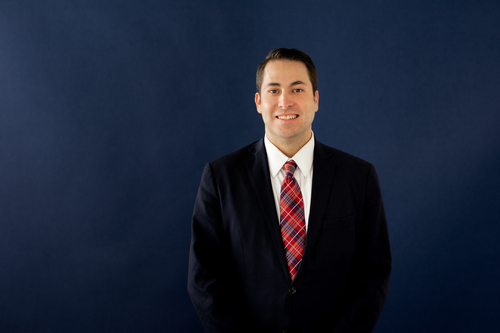 Today the Ohio Supreme Court reversed a Sixth District Court of Appeals decision that held Ohio’s “harmless error statute” permitted a witness to a will to inherit under that will. The Supreme Court accepted jurisdiction on the question of the applicability of R.C. 2107.15 voiding provisions, which prohibit a witness to a will from taking more than his or her intestate share under the will. The Supreme Court held that the voiding provision of R.C. 2107.15 “applies equally to essential witnesses to both formally compliant and remediated wills.”

The unique set of facts that prompted the Supreme Court’s reversal date back to December 2006 when the decedent, Joseph Shaffer, supposedly made a Last Will and Testament on a notecard in the presence of his friend, Juley Norman, and her son, Zachary. The notecard stated in its entirety:

Joseph died nine years later in 2015, and Juley submitted the notecard to probate as Joseph’s Will. The probate court initially rejected the document as a will because it did not comply with Ohio formalities set forth in the will execution statute, R.C. 2107.02 and R.C. 2107.03. Specifically, the notecard was not signed at the end by two witnesses. However, Juley and her son Zachary argued that they were the witnesses to the will, and under R.C. 2107.24—Ohio’s “harmless error” statute—a will could be valid even if was not executed with all of the formalities, and a beneficiary could inherit under that will even if she was witness.

Juley appealed the trial court’s decision and the Sixth District Court of Appeals agreed with her. The Sixth District found that the notecard was a valid will under R.C. 2107.24 because although it lacked the witness signatures, Juley and Zachary’s testimony was credible and uncontroverted to establish the will was properly executed. The Sixth District Court of Appeals went a step further, finding that although Juley witnessed the will, this did not have any effect on her inheritance under the “harmless error” statute.

This was a significant decision because Ohio has a “voiding” statute, R.C. 2107.15, which says if one of the witnesses to a will receives an inheritance through the will, that gift to him/her under the will is void, with a few minor exceptions. This voiding provision has the policy purpose of balancing upholding wills that meet statutory formalities while reducing the risk of fraud or undue influence in the creation of wills. That witness may still be “competent” to testify to the proper execution of the document, but he or she cannot have a stake in the admission of the will to probate through an inheritance under the will. The Estate appealed this decision to the Ohio Supreme Court, and the Supreme Court took the rare step of agreeing to review this issue.

The Supreme Court’s ruling confirms that the voiding statute applies to all wills, regardless of whether they were executed according to the formalities, or if they were “close enough” under the “harmless error” statute. In this case, Juley Shaffer was competent to testify about the validity of the will’s execution. Thus, the Notecard Will was properly admitted to probate. But because she was a witness to the will, and she is not otherwise Joseph Shaffer’s next of kin, Juley Shaffer will not be included as beneficiary of the estate and the provision for her in the will is void.

Attorneys at Reminger confront these issues daily and can help you navigate these difficult situations. If you have questions or concerns about making a will or a will that was made for a loved one, please contact a member of our practice team.