In re Estate of Shaffer – Does the Voiding Statute Apply to Non-Conforming Wills?
Mar 12, 2020, Timothy J. Gallagher, Adriann S. McGee 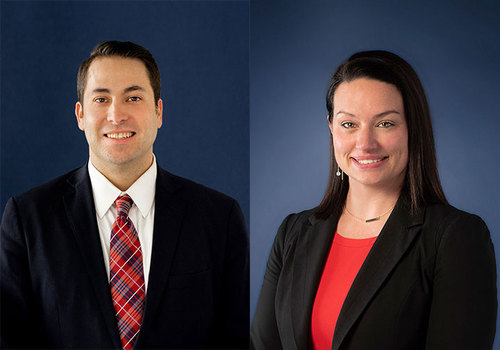 A last will and testament is one of those rare documents in life where formalities apply to the execution. In Ohio, there are specific formalities that must be followed in order for a will to be deemed valid. For example, the testator – that is, the person making the will – must:

The will must be:

- signed at the end by the testator (or by someone else at the direction of the testator and in his/her conscious presence),

- attested and subscribed in the presence of two “competent” witnesses or the testator must acknowledge his/her signature to the two competent witnesses at a later time. R.C. 2107.03.

If a document is presented to the probate court and it appears on its face to be consistent with the Ohio statutory execution formalities, it is admitted to probate administration. However, Ohio also has a “voiding” statute, R.C. 2107.15, that says if one of the witnesses to a will receives an inheritance through the will, that gift to him/her under the will is void, with a few minor exceptions. This is to reduce the risk of fraud or undue influence in the creation of wills. That witness may still be “competent” to testify that the will document was properly executed for admission to probate administration.

Reminger’s Adriann McGee has written extensively about the case of In re Estate of Shaffer, a fascinating case out of Lucas County, Ohio that thoroughly examines a unique dispute over these formalities. The case focuses on when a court should look past the formalities and focus only on evidence of the testator’s intent. You can read her detailed review of the case history and the implications of the decisions here1.

In this case, the decedent, Joseph Shaffer is alleged to have created a will on a notecard where he makes a gift for his friend and companion, Juley Norman. The document states:

Joseph died almost nine years later, on July 20, 2015. The document was initially rejected by the probate court because of the lack of compliance with the formalities. The probate court said it was not a valid last will and testament because it was not signed by two competent witnesses at the end, it did not dispose of the entire estate, and because Juley Norman, one of the beneficiaries named in the notecard, was one of the two purported witnesses to the document’s execution.

Juley appealed the probate court’s decision and the Sixth District Court of Appeals reversed. The Court of Appeals ruled that the notecard was a valid will under R.C. 2107.24. R.C. 2107.24 is also known as Ohio’s “harmless error” statute. The “harmless error” statute allows a court to treat a document as a decedent’s Last Will and Testament even if it does not comply with all of the formalities required by law. The statute allows the will to be admitted to probate if its contents and execution can be proved via clear and convincing evidence. In Shaffer, the Court of Appeals focused on the testator’s intent argument and the “substantial compliance” permitted by R.C. 2107.24. The Court of appeals seized on the evidence presented by Juley and her son Zachary, that Joseph made the document in the presence of two witnesses, and the document embodied his intent. The court reasoned that the document could be treated as a will document notwithstanding the lack of formalities, and because the “harmless error” statute did not require “competent” witnesses, the statute that would void Juley’s bequest as witness was just another formality that did not apply. The Court of Appeals said the testator’s intent is paramount in holding that the will was valid and that Juley’s bequest would not be voided simply because she was a witness.

On March 11, 2020 the Supreme Court of Ohio heard oral argument on that question. Zachary argued the case on behalf of Juley Norman. He focused on the non-conforming wills statute and the focus of Joseph’s intent. He argued that, because there is a separate statute for non-conforming wills, and because the statute does not require “competent” witnesses, the statute that voids bequests to witnesses is another formality that should not apply.

The estate argued that even if Juley could give testimony as to why the will was valid under the non-conforming will statute, R.C. 2107.24, the plain language of the voiding statute still applied to eliminate the gift to Juley.

The court justices seemed to agree with the estate. One justice asked why the court should not simply read the plain language of the voiding statute.

Justice DeWine: The [voiding] statute seems absolutely clear. If a devise or bequest is made to a person who is one of only two witnesses to a will, that’s clearly the case here, the devise or bequest is void. End of story. Why shouldn’t we just apply the statute as what it says?

Chief Justice O’Connor articulated the same question in a different way. Chief Justice O’Connor summarized concisely, stating essentially that while a witness who is interested in the will is competent to testify about its proper execution, the voiding statute nonetheless applies as to who can receive assets from an estate under a will that has been admitted to probate. It does not matter if the will complies with the formalities or it is admitted notwithstanding the lack of formalities. Doesn’t the voiding statute apply to all wills? Zachary argued that it does not.

A final decision will be issued in the coming months, and this blog will provide an update as soon as the decision is announced.

Attorneys at Reminger confront these issues daily and can help you navigate these difficult situations. If you have questions or concerns about making a will or a will that was made for a loved one, please contact a member of our practice team.