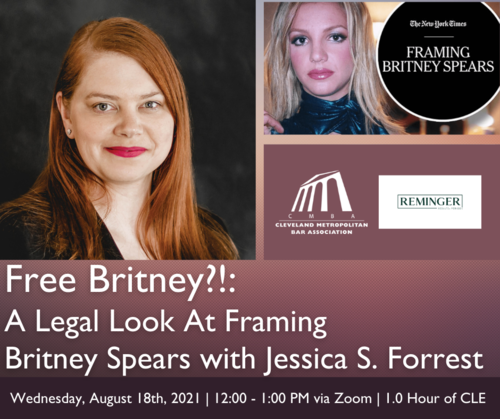 Earlier this year, Hulu streamed a documentary by the New York Times: Framing Britney Spears. In case you weren’t paying attention in the late 90s and early-aughts, Britney Spears is a very famous and successful pop star – rising to national fame at only 16 years old. What many people did not know – at least not before Framing Britney Spears aired – was that Britney has had no autonomy in her personal and financial decisions since 2008. Over a dozen years ago, Britney’s father, Jamie Spears, applied to a California probate court and became Britney’s conservator.

Britney’s pop star empire is valued at over $50 million. Jamie was solely responsible for Britney’s legal, financial, and personal decisions until late 2020 when the court appointed a co-conservator over Britney’s financial matters. In recent court filings, Britney admits that the conservatorship initially helped protect her at a vulnerable time in her life when she may have squandered her fortune or fallen prey to con artists. Since that time over a decade ago, however, Britney has performed world-wide and as part of a Las Vegas residency. It would appear to the average fan that Britney is more than capable of managing her life and protecting her own interests.

In Ohio, we would call this a “guardianship” and Jamie’s role a “guardian.”  In fact, the term “conservator” in an Ohio probate court has an entirely different meaning. Like a California conservator, an appointed Ohio guardian manages the financial, legal, and personal matters for another person who, according to a doctor, cannot manage their own affairs. We usually see Ohio guardianships for the developmentally disabled and elderly persons, often those suffering from dementia or serious physical disease.

Under Ohio law, if a ward regains competency, they can apply to the probate court to have their guardianship terminated. This generally requires an updated medical opinion confirming that the person can once again manage their own affairs. From that point forward, the person regains autonomy over all of their decisions.

Over the years, Britney has made cryptic statements on social media about her displeasure with the ongoing conservatorship. In 2019, Britney announced she would not perform again until her father was removed from his role as conservator. She hired a lawyer and asserted her rights in California probate court. Her fans rallied to her side launching an international #FreeBritney campaign.

On June 23, Britney spoke via teleconference directly to the judge about her situation. The judge restricted cameras, audio recording, and even live tweeting of the hearing (that one didn’t seem to take…). Britney wanted a public hearing: “They’ve done a pretty good job of exploiting my life, so I think this should be an open hearing.”

In an emotional statement – at times too fast for even the court reporter to follow – Britney recounted feeling depressed, crying daily, and not liking the medications (lithium) that her conservator requires her to take. Her conservator even refused to allow her to get married or to remove her IUD so that she could have another baby (she has two teenage children with her ex-husband and has been in a relationship since 2016 with former model Sam Asghari).

Britney was clear to the court: “It is my wish and dream for all of this to end. I want my life back.” Britney asked the judge to terminate her conservatorship without any further medical evaluation.

Now that Britney has spoken directly to the probate court – will she once again be permitted to make her own decisions?

If you want to learn more details about Britney Spears’s conservatorship and whether the same could happen in Ohio, register for Free Britney?!: A Legal Look at Framing Britney Spears co-hosted by the Cleveland Metropolitan Bar Association and Akron Bar Association. The program is a one-hour, live interactive webinar on August 18, 2021 from noon to one.