Finally, Confirmation that Finality and Protections are Available to Trustees Under the Ohio Trust Code
09.13.2017, Franklin Malemud 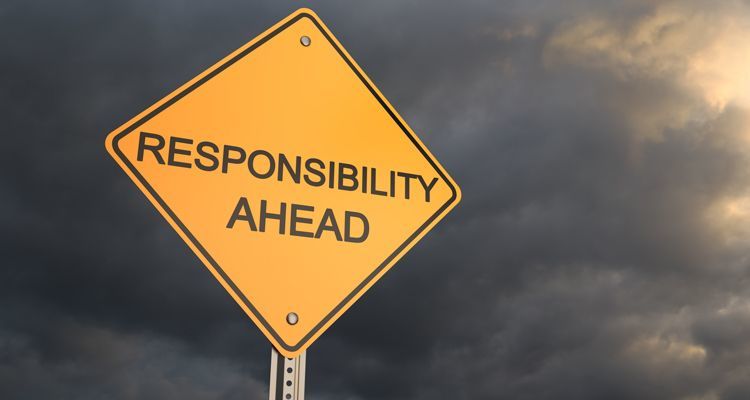 Reprinted from Probate Law Journal of Ohio, with permission of Thomson Reuters.  Copyright © 2017.

Years after the initial enactment of the Ohio Trust Code and articles published in this journal1 the Tenth District Ohio Court of Appeals in Zook, et al. v. JP Morgan Chase Bank National Association, et al., 10th Dist. No. 15AP-751, 2017-Ohio-838, conﬁrmed the viability of options under the Trust Code that afford trustees a path to ﬁnality in trust administration not subject to continuing court jurisdiction. Speciﬁcally, the Zook court conﬁrmed what readers of this journal and those familiar with the Trust Code already “know”:

“Ohio law provides for two alternative mechanisms by which a trustee may conclude its roles as a trustee and ﬁnally settle all questions of responsibility with respect to the trustee’s action. The ﬁrst option is a judicial proceeding under R.C. 5802.01 and 2721.05. As an alternative to such judicial proceedings, the trustee may obtain a release from beneﬁciaries under R.C. 5810.09, 5808.17(c) and 5808.02(B)(4).

Id. ¶ ¶ 23, 36. While the overarching takeaway from Zook is that judicial and non-judicial closure is legislatively afforded trustees, a close look at the case also reveals factual and procedural distinctions worthy of attention.

Following the Court of Appeals’ acknowledgment that the Trust Code affords ﬁnality to the Trustee administration by way of judicial action or private agreement, the Zook Court conducted a de novo review of the trial court’s award of summary judgment. In afﬁrming the award of summary judgment, the Zook Court addressed a threshold burden of proof issue and analyzed whether the beneﬁciaries were excused from their release.

The Court of Appeals held that “once the trustee presents an executed release, the burden shifts to the beneﬁciaries to demonstrate that an R.C. 5808.17(c) exception applies to invalidate the release.” Id. at ¶ 31. In agreeing with the trial court below, the Court of Appeals distinguished and rejected a prior holding of the First District Ohio Court of Appeals in Cundall v. U.S. Bank, N.A., 174 Ohio App.3d 421, 2007-Ohio-7067, rev’d on other grounds, 122 Ohio St.3d 188, 2009-Ohio-2523 which held that the Trustee bore the burden to establish “both the existence of the release and the validity thereof[.]”Zook, 2017-Ohio-838, at ¶ 31. The Zook Court noted that Cundall involved a self-dealing transaction where a trustee and beneﬁciary “coerced other beneﬁciaries” into a transaction encompassed by the Trustee’s release submitted to the beneﬁciaries. Id. at ¶ 32. In noting that the alleged conduct sought to be released was a self-dealing transaction predicated on fraud (coercive conduct), the Zook Court noted that the Cundall burden of proof was inapplicable. Id. at ¶ 35. As one of at least four grounds for distinguishing Cundall, the Court noted that:

* * * Releases perhaps, should remain highly scrutinized in self-dealing cases like Cundall, but we do not have such a case before us. On the facts here, we conclude that once the beneﬁciaries admit that they executed a release, the burden shifts to the party to seeking to invalidate it.”

Id. at ¶ 36.3 Accordingly, once the Trustee presents a release signed by beneﬁciaries that encompasses alleged claims, the burden shifts to beneﬁciaries to invalidate the release instrument.

R.C. 5808.17(c) states “A release by a beneﬁciary of a trustee from liability for breach of trust is in-valid to the extent that it was induced by improper conduct of the trustee or that the beneﬁciary, at the time of the release, did not know of the beneﬁciary’s rights or of the material facts relating to the breach.” While the trial court reviewed the evidence applicable to all three exceptions under R.C. 5808.17(c),4 the beneﬁciaries on appeal only sought review as to whether the appellants were “unaware of certain material facts concerning [the Trustee’s] actions[?]”Zook, 2017-Ohio-838, at ¶ 27. In summary, the beneﬁciaries claimed they were excused from the release since they were unaware of facts pertaining to the management of the advertising business and the devaluation of the business and resulting loss to the Trust corpus. Id.

The Zook Court’s well-reasoned and detailed examination of the underlying facts conﬁrms the validity of the statutory mechanisms providing ﬁnality to trust administration. Zook also gives insight into the types of facts and disclosures that may be of importance in drafting release agreements sufﬁcient to withstand judicial scrutiny.

2The trial court concluded that any alleged negligence claim was subsumed into the breach of ﬁduciary duty claim. Zook, 2017-Ohio-838, at ¶ 17.

3The Zook Court found Cundall also inapplicable because 1) it pre-dated the Trust Code, 2) even if the Trust Code was controlling law R.C. 5810.09 would not be applicable since the release was procured by alleged improper conduct of the trustee, and 3) the Ohio Supreme Court’s reversal of the Court of Appeals’ decision “did not reﬂect any approval of the First District’s decision on [the validity of the releases].” Zook, 2017-Ohio-838, at ¶ ¶ 33-35.

4While not reviewed for purposes of the appeal, the Court of Appeals opinion recites many of the trial court’s ﬁnding on the ﬁrst two exceptions under R.C. 5808.17(c) which may provide useful to practitioners.

5Further, the Court of Appeals noted that while the Trustee did not afﬁrmatively provide information regarding the alleged breach, the beneﬁciaries did not allege the Trustee “hid or refused to provide requested information.” Zook, 2017-Ohio-838, at ¶ 40 (citing Schwab v. Huntington Nat’l Bank, 516 Fed. Appx. 545 (6th Cir. 2013)).