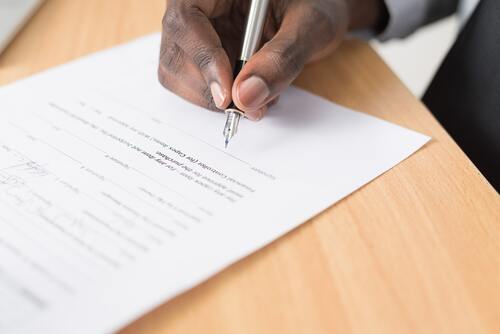 A last will and testament is one way that a person can transfer assets upon death. That only applies to probate assets; that is, assets that are held in the name of the decedent only upon his or her death, or assets that are payable to his or her estate. It is becoming more common for people to own assets, such as life insurance, retirement accounts, and annuities, that can have beneficiary designations. You have probably heard about will contests and challenging wills. Did you know that you can also challenge beneficiary designations? And did you know that same reasons to set aside a will—such as lack of capacity, fraud, and undue influence—can also be argued to set aside a beneficiary designation?

The undisputed facts were that mother had previously made brother and sister equal beneficiaries of the IRA. In June 2003, the mother created an estate plan with a will and a trust. Her will left her remaining assets in equal one-third shares to brother, a trust for the benefit of brother and sister, and to grandchildren. Mother changed the IRA beneficiaries to match her will at the same time. Mother also named brother as her financial power of attorney.

Six years later, in 2009, mother was concerned that her IRA company was not doing well financially, so mother wanted to move her account somewhere else. Son suggested mother talk to his friend, a financial advisor at UBS. Mother did talk to this friend and moved the account to UBS in February 2009. UBS gave mother some paperwork to take home, including a new beneficiary designation form. Mother filled out the beneficiary form at home with brother and named brother the sole beneficiary. Mother also filled out a special power of attorney form for UBS, again naming brother her power of attorney. Sister signed the power of attorney form as a witness.

In April 2009, brother was concerned that mother was showing signs of confusion and forgetfulness and asked that she be evaluated by a doctor. Mother received a score of 19/30 on a Mini-Mental Status Exam (“MMSE”), which indicated mild to moderate cognitive impairment.

Almost a year later, in March 2010, mother was evaluated for confusion, again at brother’s request, and received an MMSE score of 17/30—indicating “severe cognitive impairment.” Mother was placed under guardianship and brother was made the guardian. Sister disputed that mother needed a guardian.

After mother died, and sister did not receive any of the IRA proceeds, she sued her brother. Sister relied on the prior MMSE exams in 2009 and 2010 and the dementia diagnosis. Sister called the doctor who evaluated mother as an expert witness. Brother relied on the financial advisor who met with mother in February 2009 as his primary witness. Brother did not call upon an expert of his own.

The trial court found that sister did not prove mother lacked capacity to make the change the IRA beneficiaries in 2009. The mere fact of a dementia diagnosis was not enough to show lack of capacity, and the testimony of the financial advisor was the mother was strong and confident in 2009 when she made the change. The court was not persuaded by the expert opinion that mother’s cognitive impairment in 2009 made her unable to understand a beneficiary change, pointing out that mother was not evaluated for “testamentary capacity” at the time.

Sister appealed this decision, but the Court of Appeals also agreed with brother. Sister argued that the lower court should have used a more general “capacity to contract” test, and not a “testamentary capacity” test because beneficiary designations are non-testamentary by statute. The Court of Appeals said the testamentary “capacity test”—which is used to evaluate if someone is competent to make a will or trust—is sufficiently similar to the “capacity to contract” test such that either test could be used under these circumstances.

Sister also argued that the court should have given more weight to the expert testimony than the lay person testimony of the financial advisor, who had no knowledge that mother had a dementia diagnosis. The Court of Appeals again disagreed. The Court of Appeals said that the trial court did not clearly lose its way in considering the financial advisor’s testimony, which was more specific, than the expert’s conclusion that mother’s dementia made her unable to understand the beneficiary designation change. The Court of Appeals, consistent with other legal precedent, found that that a dementia diagnosis itself is not definitive to show lack of capacity.

While a diagnosis of dementia is not equivalent to lack of capacity to change a beneficiary designation, the potential that a beneficiary designation was caused by the imposition of undue influence is something that is often worth investigating. Reminger estate dispute attorneys are well versed in the fact gathering and positioning of claims to aid in the establishment of undue influence as the reason why a child was disinherited through the use of beneficiary designations, wills, and trusts. The Webb case highlights why a disinherited child cannot rely on the existence of a dementia diagnosis alone, but must go deeper in factual investigation to prove that the change was the product of undue influence. Family dynamics, the living conditions of the grantor, or the reason why the grantor may have needed help in the first place are also ripe areas for exploration and fact gathering.  Undue influence claims are complex.  Often, but not always, dementia is also a feature of those claims.  So are issues relating to fiduciary and confidential relationships.

A successful pursuit or defense will often require depositions of attorneys, financial advisors, family members, medical professionals and experts.  If you are facing or defending a beneficiary designation dispute, you want a team in your corner that knows the ropes. Our estate and trust litigation team has obtained outstanding results in settlements and at trial, both defending and challenging beneficiary designations. We have the experience and the know-how to navigate these often-difficult dispute. The Webb case is a prime example of how the approach to fact gathering and legal theories can make a huge difference.