Be Careful What You Gift For
Nov 3, 2021, Timothy J. Gallagher, Allison M. McMeechan 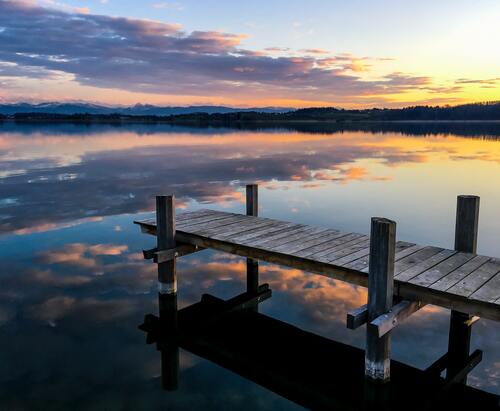 Daniel and Diane, a husband and wife, had lake front properties in their family for generations. They wanted to hand the properties down to their daughter Melissa and her siblings as an early inheritance. Daniel and Diane gifted individual lots to each of their children, titled in their child’s name alone. However, Melissa’s husband Patrick was upset that his name was not going to be put on the title. Melissa asked her parents to put Patrick on the title, which they did.

Sadly, Melissa’s marriage to Patrick ended and she filed for divorce. In the divorce, Patrick claimed that the lake front property was at least one-half his property because his in-laws put the tile in his and Melissa’s name, or at least that Melissa gifted him the property when she told her parents to put his name on the property. If the property was his, or was deemed to be marital property, then it would be subject to division in the divorce proceedings and Melissa could be forced to sell it or give it to Patrick. The dispute went all the way to a trial and the divorce court awarded the property to Melissa as a separate property, not part of the division of property in the divorce. Patrick appealed though, and the Court of Appeals said there was an ambiguity as to whether Melissa gifted the property to Patrick. More than two years later, the saga continues in court.

A rising trend in the estate planning world is for individuals to make lifetime gifts of assets rather than to make gifts at death through a will, trust, or beneficiary designations. With the current federal estate and gift tax exemption being $11.7M per person, many baby boomers are deciding to make gifts during their lifetime so that they can witness their family member’s enjoyment of these gifts. Maybe that is what Melissa’s parents were doing in this case. It is difficult to predict when relationships will end and under what circumstances. Melissa’s parents probably did not expect their act of generosity would create such a nightmare for their daughter and their family. Is there anything they could have done differently?

Attorneys at Reminger confront these issues daily and advise clients on navigating these difficult situations. If you have questions or concerns about your estate planning and planning options, please contact a member of our practice team.