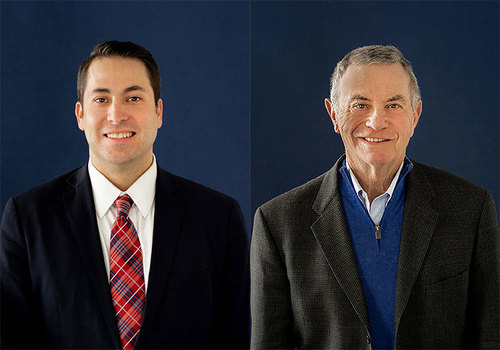 One advantage of using a trust for estate planning is privacy. The probate process is generally all a matter of public record for any inquiring mind. Trusts, though intended to be more private, can become public when disputes arise that pull the administration into court. But a new Ohio law is changing that.

On March 22, 2019, Ohio Revised Code Section 5802.05 became effective, allowing for a trust to contain an arbitration provision that is binding upon the fiduciaries and the beneficiaries. This is Ohio’s first step to give statutory recognition of trust-dispute arbitration. While there was never a statutory prohibition against arbitrating trust disputes, there were few examples of these provisions leading to actual arbitration-- and even fewer examples of any such arbitration being challenged in Ohio courts.

One such dispute was arbitrated recently, and the Arbitrator determined that a trustee committed a breach of trust, suspended that trustee, and ordered that a certain trust asset be distributed during the suspension. After the Arbitrator’s decision was released, one of the parties appealed the decision to the common pleas court in Franklin County in Hughes v. Hughes, Franklin C.P. No. 18 CV 010344 (April 26, 2019).

In its review of the Arbitrator’s decision, the Court did not opine as to the arbitration provision’s enforceability. Instead, the Court adopted a limited scope of its review, consistent with general common pleas jurisdiction over other arbitration decisions. The Court held that its jurisdiction was “narrower than an ordinary ‘appeal’ in the regular court system.” The Court further held that the Arbitrator’s award is presumed valid, and that arbitrators have broad authority to fashion an award even if it is not explicitly mentioned in the applicable instrument, citing to Cedar Fair, L.P. v. Falfas,140 Ohio St.3d 447, 2014-Ohio-3943, ¶6, 19 N.E.3d 893 (citations omitted).

The Court ultimately concluded that “it was the intent of the settlor of the Trust to arbitrate” the types of disputes that were arbitrated, and that one party’s disagreement with the arbitrator’s decision is insufficient to vacate, modify, or correct the award.

Reminger attorneys in our Probate and Trust Litigation group have experience arbitrating disputes and serving as an arbitrator in these matters. If you are a practitioner looking to advise a client who may be concerned about warring beneficiaries, you might consider a statutorily-based provision whereby any future disputes must be arbitrated. This might better protect privacy interests and prevent an airing of dirty laundry. Unless there is evidence that the arbitration was subject to “claims of fraud, corruption, misconduct, an imperfect award, or that the arbitrator exceeded his authority” as defined in R.C. 2711.10, the arbitrator’s decision will be final.