The Emotional Charge of Guardianship: a Point of View from an Independent Guardian
Jan 6, 2017, Adam M. Fried 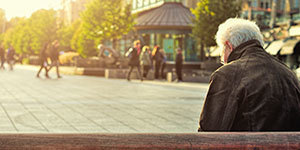 A parent of young children feels incredible stress and sadness when their children fight.  When healthy, the parent is capable of breaking up the fight or at least standing in between to force peace or at least stave off war.  But when parents age and their ability to take care of themselves diminishes, the power shifts.

A parent, once strong, becomes the pawn - the tool by which old hatreds are dredged and old wrongs righted.

Sadly, when the problems associated with aging are coupled with children who cannot get along, the parents suffer.  The children battle over money.  They battle over where the parent should live and who gets to make important medical decisions.  They take advantages, in pay back, for previous perceived transgressions.  They refuse to share information vital to the needs of the parent.  They take turns playing their parents like ping pong balls.  The end result is danger to the parent and the need for an independent decision maker.

Anyone who has been involved in a guardianship dispute would attest to the high level of emotional charge inherent in the issues being decided.  Families often choose sides: each side not only believing that they are right, but that the other side is evil.  They lose track of the humanity and needs of the parent. The subject of the dispute, typically an incompetent adult, is torn in the middle like a tug of war rope.  I often stand in the role of independent guardian and find the job challenging - almost all decisions are challenged from one side or the other, even if the decision is made in the best interest of the parent.  As a lawyer in the middle, the only thing that can be done is to continue to try to make decisions that are reasonable under the circumstances with the intent of doing good rather than hurting. But often the result is perceived as hurtful or, at a minimum, unenlightened.

Decisions can involve such tragic circumstances of life support, nursing home placement or even taking away the car keys.  The subject of the proceedings complains for loss of control and autonomy.  The children disagree and encourage the parent to battle.  The children interfere with the goal of normalizing the situation.  If money is the root, then lawsuits might need to be brought to recover assets obtained under suspicious circumstances.

As a lawyer who has worked on all sides of the dispute, I often wonder whether the people we are trying to help understand that the independent guardian is working to bring rationality to the process.  Do the families, despite the internal battles and differences of opinion, understand that the independent is striving to bring people together to talk and stop the fighting so that the focus can be on the well being and peace of the parent?

While circumstances sometimes compel that the role of an independent guardian warrants the delivery of pro bono services, most often when tapped by the court to take on such hard circumstances as standing in the middle of  hatred and vehemence, the independent guardian will seek authority for payment for services rendered: sadly, the business side of things.  It was in that vein, having concluded the role of independent in a hard case, that a family member answered the questions:

"I want to thank you for the work that you did on behalf of my mother.  You accomplished more in the short time that you served her than any of the other attorneys combined.  I am impressed with that.  Even though when I was working as a professional my pay scale was $50.00 an hour when broken down to an hourly basis, I do find your fees on her behalf to be reasonable considering the amount of work you did in such a short period of time.  Again, I thank you.  I consider your expenses fair.  Can't thank you enough."

Do people care? Do they recognize the effort? Do they understand the decisions are not made in spite? While many family involved in such disputes are blind to the needs of their parents and even more blind to the impact their behavior has on their parents, many more strive to get it.

The cold hard truth is, in circumstances where an incompetent adult has family who cares for them and reasonable estate planning to deal with decision making during periods of incompetency, a guardianship is not necessary, let alone the appointment of an independent.  But, when families fight.  When they engage in tug of war or take advantage, then there is no choice but to lock into the protections and disadvantages of a court imposed guardianship.  If you are engaged in battle with your sibling, open your eyes.  Realize the impact on your parent.  Take a step back, resolve to fight after your parents are long gone so they don't have to stress about your inability to talk to each other.